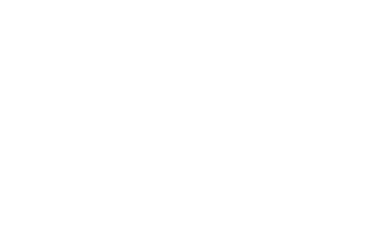 Richard Stearns, founder of Stearns + Partners at Compass, is considered one of the leading real estate agents on L.A.'s Westside, consistently recognized as a top producer by The Wall Street Journal and named to both Variety Magazine’s Los Angeles Real Estate Elite and Hollywood Reporter’s Top 25 Real Estate Agents. With career sales that exceed $1.5 billion, Richard possesses an impressive understanding of the Los Angeles real estate market and, together with his team at Stearns & Partners, emphasizes the importance of clear and timely communication among both agents and clientele.
Richard’s forte combines his astute knowledge of the Los Angeles real estate market and unwavering appreciation and respect for each client. Distinguished for his insightful and accurate handle of inventory, values and trends of the various micro-markets on the Westside, Richard is reputed for his off-market intelligence and acumen for pricing. With a strong affinity to and knowledge of the Westside market—from Beverly Hills to the coastline—Stearns is amongst the most renowned brokers in Los Angeles.
Richard grew up in Binghamton, New York, attended Cornell University in Ithaca and later lived in New York City, affording him the ideal can-do east coast mentality. He has forged roots and made his mark in Los Angeles, where he moved in 1984. He was recruited to work in marketing at Mattel Toys, but left Corporate America to pursue his entrepreneurial passion and his career in real estate.
Prior to the formation of Stearns + Partners team at Pacific Union International, now Compass, Richard was one of the founding partners of Partners Trust, a leading independent real estate firm in Los Angeles that merged with Pacific Union in 2018 and Compass in 2019 to form the number one independent real estate firm in Los Angeles and the state of California. Richard founded Partners Trust with the ambition to create a real estate culture that required, and went beyond, playing at the highest professional and ethical level. Through his leadership, he continues to distinguish Compass as a company whose real estate professionals empower one another to thrive and develop enduring, reliable bonds with their clients.
When not representing his clients in the buying or selling of real estate, Richard serves as the head of scholarship and fundraising for Cornell University’s Los Angeles board of directors and sits on the University Council in Ithaca. He and his wife are deeply committed to the Alzheimer's Disease community and sit on numerous local and national boards, taking them around the country to battle this disease. He spends time volunteering at the UCLA Blood Center and he plays and works out at the Jonathan Club. When not leading his peers in the industry, Richard can be found searching for hidden mountain bike trails throughout the Santa Monica mountains.